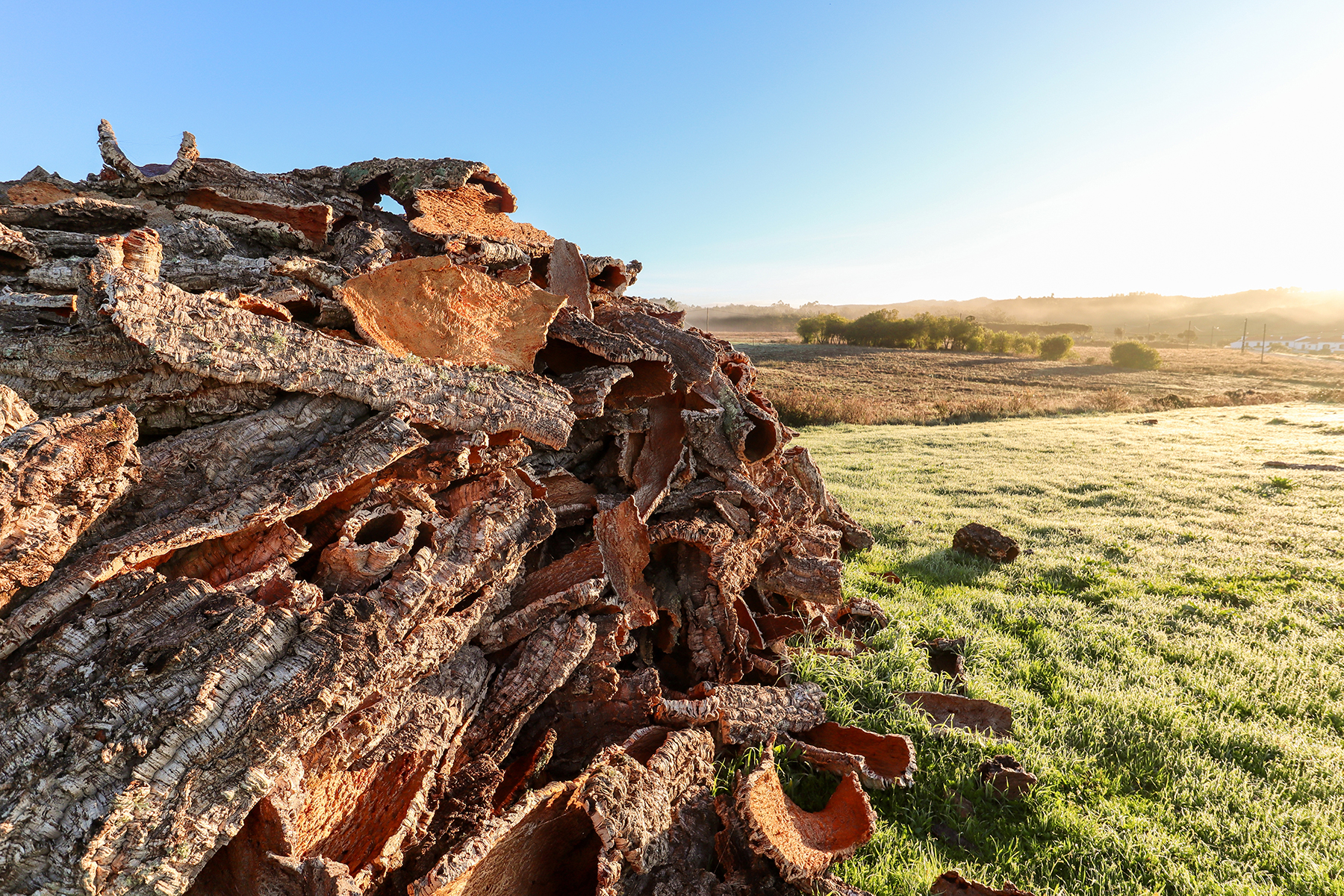 Napa, Calif.—The scene would have been normal in the Coruche or Grandola forests of Portugal. Two skilled workers with medieval-looking hatchets were cutting bark from the trunks of oak trees -- bark that potentially could be made into various cork products, including their highest use as wine corks.

But this was not Portugal, this was an asphalt parking lot of Napa Valley College. About 85 winemakers, cellar rats, winery procurement professionals and others answered an invitation from Cork Supply USA to attend an educational seminar about how cork is grown and harvested, topped off with a demonstration by two Portuguese cork strippers who flew in for the occasion to strip several live trees growing on the college campus in Napa, Calif.

The normal method is to strip the original bark form a cork tree at age 20 or later, then to return every nine years and strip the new layer that has grown back. The trees can live well beyond 100 years with this harvesting cycle. The first harvest, as it was for one of the college trees, gives a very porous, gnarled bark that's not used for wine corks but for other cork products, said Conceicao Santos Silva, forest engineer for the Coruche Private Producers Forest Association, and one of the seminar speakers. The second harvest gives bark with quality good enough for agglomerated cork stoppers. Only the third and subsequent harvests produce cork of high enough quality for natural wine corks.

James Herwatt, CEO of Cork Supply USA, said that his company imports about 25% of the estimated 1 billion natural corks used in the United States annually. The company also markets screwcaps and synthetic cork-style closures. Cork oak trees in Portugal yield between 3,000 and 5,000 corks per tree per harvest, said Frederico Mayer, who is purchasing director of Cork Supply in Portugal, and who also spoke during the seminar. The other expert speaker was Carlos Macku, director of technical services for Cork Supply.

Representatives from boutique wineries like Far Niente mingled with specialists from larger companies including Kendall-Jackson, Bronco and Diageo, who were animated and attentive during the stripping demonstrations by the father and son cork-stripping team of Joaquim and Sergio Coelho. They applauded when the men quickly and carefully cut and peeled the second-growth bark on a couple of the larger, approximately 30-year-old trees, and the bark came loose in large, half cylindrical chunks.

Some of the trees here had been harvested during a previous demonstration 12-13 years ago by the Cork Quality Council, said Herwatt.

Presenters during the seminar covered various aspects of cork forestry, including environmental and sustainability issues, care of the trees, wildlife in the forests, overlapping land uses for hunting, grazing and gathering of wild plants, and much more. Santos Silva showed a slide that indicated cork production in Portugal is projected to grow by 4% in the next 10 years, due to increased planting that began about 20 years ago, and may grow 18% by 2050.